Rias Baixas: The heartland of Albariño 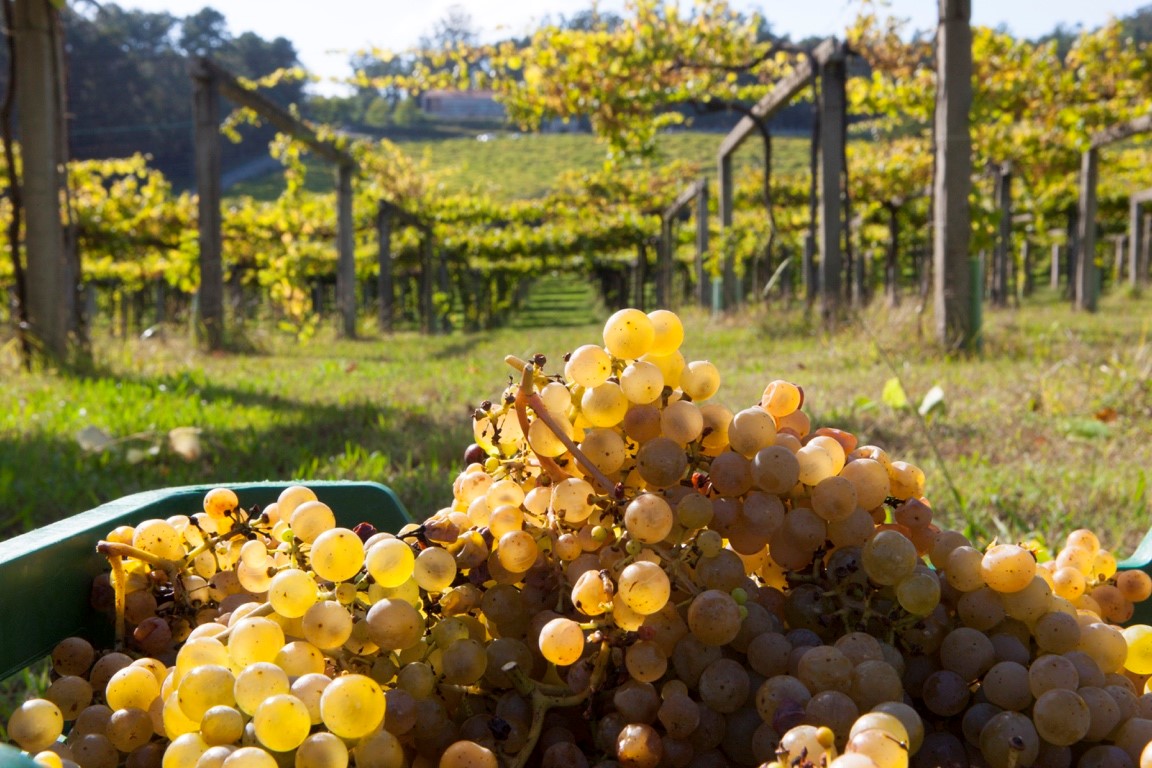 Early August traditionally sees the ‘Fiesta del Albariño’ over in Cambados the ‘capital’ of Albariño on the Atlantic coast in Galicia, north west Spain. This year we will also be celebrating this popular Spanish white wine here in the UK.

RÍAS BAIXAS: THE HEARTLAND OF ALBARIÑO

D.O. Rías Baixas is widely acknowledged as the heartland of Spain’s most fashionable white grape variety, Albariño.   95% of all grapes grown here are Albariño grapes. Nestled up in the remote north west corner of Spain by the side of the Atlantic Ocean, Rías Baixas is also famous for its lush green landscape, steep terraced vineyards and granite ‘pergolas’, not to mention the cornucopia of fresh fish hauled daily out of the ocean just a stone’s throw away!

This is an area which is a far cry from the Spain of popular imagination, and as such remains a relatively undiscovered region to all but a few “in the know”.  Yet the wine emanating from this delightful corner of Spain is certainly gaining recognition worldwide for its refreshing peach, elderflower, citrus and tropical fruit aromas and silken palate.

The wines of Rías Baixas have varying nuances of style - for example there are three main sub-regions; the warmer, more southerly sub-regions of Condado do Tea and Rosal whose borders meander along the Miño river, skimming the top of Portugal, producing wines with peachy, tropical richness and then the more northerly, Atlantic-swept Salnés  which produces wines with bracing freshness and citrus crunch.  Then we have the white wine blends where native grape varieties such as Albariño, Treixadura, Loureira, Caiño Blanco come together to produce delicious expressions of their area as well as those whites that are aged just that little bit longer ‘sobre lías’ on the lees to reveal yet more creamy layers of complexity.

Early August traditionally sees the ‘Fiesta del Albariño’ over in Cambados the ‘capital’ of Albariño on the Atlantic coast in Galicia, north west Spain. This year we will also be celebrating this popular Spanish white wine here in the UK.

Albariño from D.O. Rías Baixas continues to grow in popularity with the UK being the second biggest market. Its sea-salt freshness, citrus tang, tropical fruit richness and silky palate make it a go-to wine for many wine lovers, as well as a great discovery/alternative for Sauvignon Blanc and Chardonnay lovers. August is the perfect summer month for celebrating such a variety!

Keep an eye out for a wine based social media giveaway coming your way soon, as well as an offer on these splendid examples and tastings in our Newbury Shop.